I would be lying if I said I don’t like strategy. They are a big part of my life and I do not regret the time spent on them. Today I have to present you with another representative of this genre. Call of War is a mass-scale strategy game, which ra should appeal to fans of Total War or Hearts of Iron series.

Call of War is set during World War II. I must admit: I am not a fan of this period. It is very down-to-earth, grayish and og I found it a bit too realistic for me j taste. Most of the games in this category do not interest me much. In this case, however, I am ready to make an exception. M e are talking about a mass strategy game, in which our task is to conquer more land. With huge maps, large numbers of players and many A diverse system in our disposal can be a bit frightening. However, seeing the familiar raw materials and military units seen at least in the movies made me grasp the basics of the gameplay pretty quickly. Admittedly, I had at my disposal There is also a tutorial, but honestly m so I didn’t really need it. The whole thing is really intuitive. It is helped by very clear and nice graphics. Although, admittedly, the game consists mainly of not with There are no special menus, so there is no time to captivate us with some special shows. 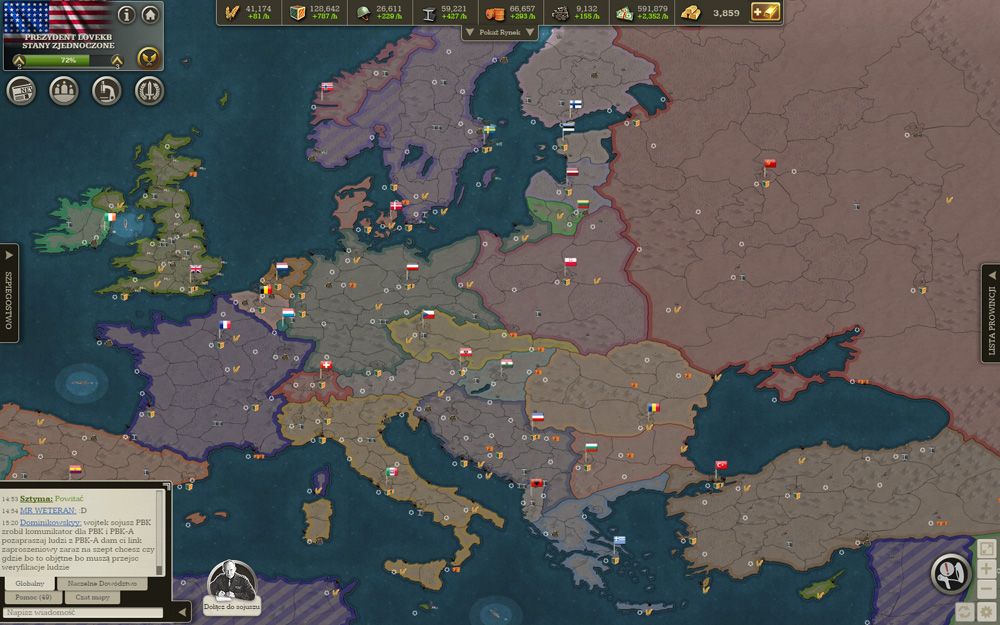 In the game we play as a president or Führer of the country with the task to survive or win the war. Our interest is the head of the It’s also a military conflict. To win we need to score a certain number of points in victories. We get these by conquering provinces based on their strategic importance. So the more we develop certain parts of our country, the more important it is to maintain them. Between 2 and 100 players can participate in the game! As you can guess, it is not a turn-based game. Instead, its pace is quite slow so that everyone has time to react to new events. A special world newspaper system provides press releases on the most important events of the day, to keep us up to date. It is quite an interesting and, above all, atmospheric idea. Every morning I turned on the game at breakfast, to read what new was happening and give the next orders. Additionally, players can post notices in the newspaper themselves. If they want to even anonymously, which adds a lot of drama when there are unfounded accusations. In exchange for a slow pace of gameplay we can participate in several Call of War games at once. These are opened automatically by the computer for everyone. They usually start when enough players join or after a certain amount of time has passed. Additionally, we can set up games ourselves, even private. These are limited to a maximum of 25 players so as not to clutter the server.

With a hand on the pulse

Each country is divided into smaller provinces. All of them produce funds and recruits. Cities do this a little faster and some re, special provinces provide us with strategic resources. There are five of these, which with the previous two gives us seven resources in necessary to wage war. These are mostly used for the production of units and the expansion of provinces. The exceptions here are grain and oil. Their lack reduces morale in the country, as well as other factors. Our people will not be satisfied with a war on many fronts in or constant losers. If the morale drops too low, a revolution can occur in a province. It’s a system known for many massive strategies and here it works effectively. It forces a certain degree of responsibility on us. We can build and expand 5 provinces To make it easier to decide what to attack, it is important to use it without any delay d 34 The strategic choice of units divided into different categories like infantry or navy. Most units must first be unlocked in the tech tree. These are initially blocked by the anti-rush system, kt ry forbids us to maximize a particular faction of the development. It’s a pretty solid system, although I found it a bit lacking in variety. 34 units in a browser game is not a lot, but developing a fighter at level 3 was no more exciting than at level 1. 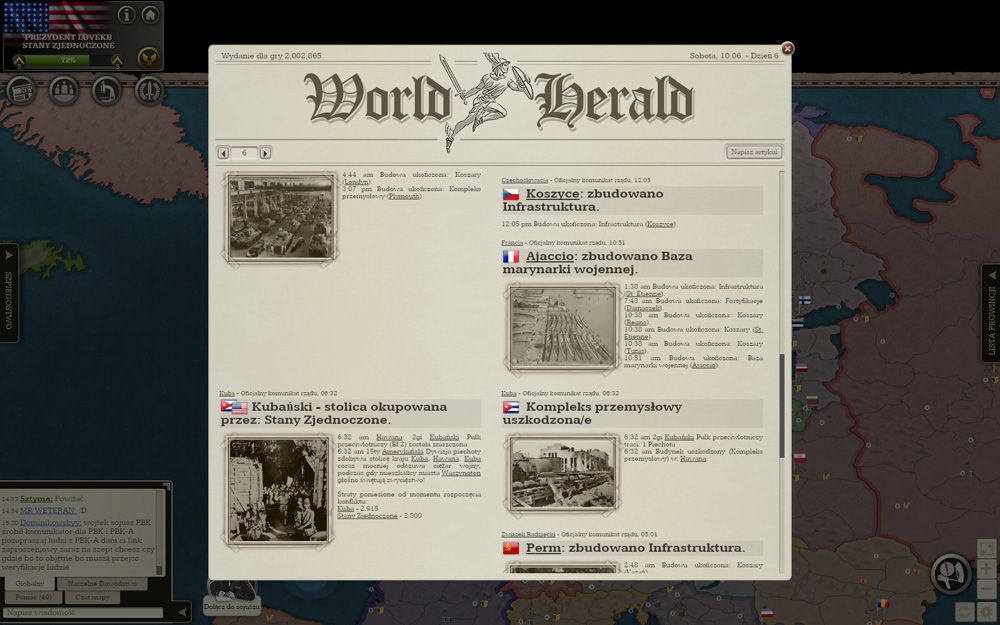 Buildings There are quite few provinces, but the provinces themselves are many. Strategic decision making and prioritization of upgrades are quite important from the very beginning of the game. To get more of a certain resource we have to improve the factories and infrastructure of a province. Otherwise we are left with trade or conquering other people’s territories. Production takes money for troops, and war uses it up. Because of this, having good relationships with other players quickly becomes important. If many of them impose an embargo on us, we will get into trouble quite quickly.

When we create an army there is a problem of maintaining it. Therefore, it is important to use it without much delay. Each province has a specific form of terrain. It will determine what units we want to send into battle to achieve the greatest success. The units themselves can be combined into squads. The more units, the more battles they can survive. Surprisingly, larger troops have a percentage lower efficiency in battle. This makes some logical sense and affects the game structure quite effectively. In por In comparison with many other strategies “power stacks” are not that popular in Call of War. Despite this, they are quite useful in defense, so they have not been completely excluded from the game.

To make it easier for us to decide what to attack , we can hire a spy. With this, you commission an important objective and then wait for the results like revealing the map or slowing down research. And that’s it. There is nothing else in the game. It would seem to be simple and technically it is true. In practice there is the question of how to properly manage a dozen provinces from the very beginning and how to deal with a hundred other players. Call of War is a game to which The cruise is looked at once or twice a day, so I’ll admit there’s no room for more complexity here. The game required from me a lot of focus and attention already in its current state. So it remains only to mention the payment system. The game has a typical premium, which re gives a lot of facilities and finances to develop The game is pretty good. Unfortunately, there is also a gold system. This is what you get at the end of the game depending on how many points. If you want more of it, you have to open your wallet. Gold allows us to do everything and at an immediate pace. It is a bit like paying for cheats. For this reason, I personally played Call of War with friends, in private rooms on the password. Just um e have made sure that we do not use gold to be fair. Theoretically, in this way You can collect it a bit and once in a while without any worries jump into the game 100 out of 100 fully equipped. There will also be players who t is a potential additional challenge, so it is not as bad as it sounds. Still, it could have been a bit better.

I will end here. If you are willing to taste the Call of War, go ahead and start playing. It is interesting and complex, but at the same time clear and easy to understand. You don’t often find such well thought out projects. There are few opportunities to see how Poland wins World War II. Even more so with our own command.