– Bosses, I have some bad news. We did not go in this competition for the best copy of Hearthstone'a.
– How is this? Really? After all, we have almost the same thing: five playable characters, each with unique class cards, a dungeon system with the creation of a random deck, daily missions, packs of cards to buy with the game’s internal currency. Additionally you can create cards from crystals and earning reverses in cards for completing a league season. How is it possible? Anyone who sees our game, immediately concludes that it is a clone of Hearthstone'a!
– I don’t know, boss. However, when you play it, you immediately realize that this game is completely different.

Before we set out on our journey. 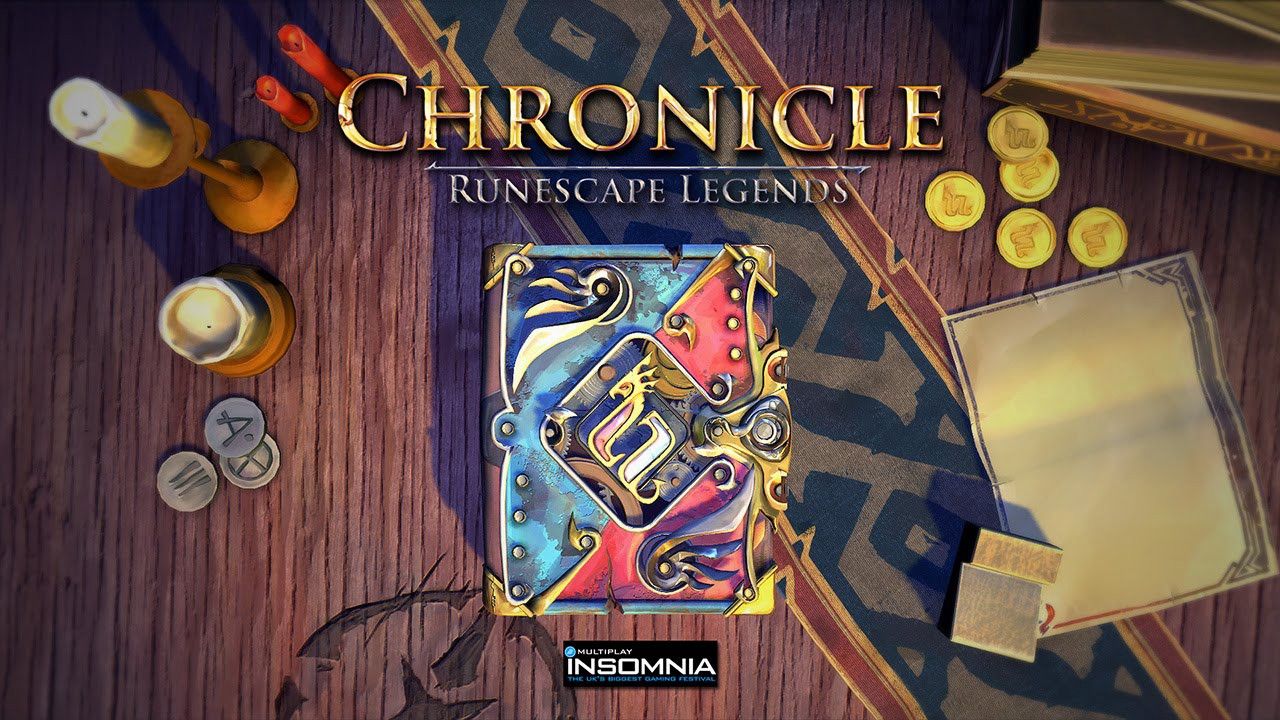 It’s easy to fall into the trap of judging a book by its cover. Especially in times when we have hundreds of productions to choose from, which You can find a lot of them, most of which (let’s not kid ourselves) are reheated chops. Sometimes it is worth it to take a moment and click a button „Play”, to discover a gem. That’s how it was with me and Chronicle: Runescape Legends.

At the first launch of the game we draw a hero, who ry accompanies us through the tutorial. Game kr explains in succinct detail what each of the different symbols on the cards. For players familiar with any card game there is nothing new at this point – Oh, an attack here, a creature life there. Weapons with strength and endurance (as if taken straight from HS), allies, spells. All this we know, all this has already been. After patiently (or not) clicking through the initial directions ek time to play the first cards. Bring it on!

Suddenly eyebrows go up to g ry. What it’s all about? During the first round of tutorials, I laid out on a st a completely random card. Only when the m hen the warrior went into action, I understood what it was like.

Between us and the opponent there is a board, on which here the game is going. Our hero moves along a linear path, and by choosing cards, we influence what happens to him along the way. It can be, for example, a monster guarding the gold for which re at the next "stop" Our hero will buy weapons from the blacksmith. Each game consists of five rounds, during each round a maximum of four cards can be played. In the final round, our champion meets the opponent’s hero and the final face-to-face battle begins. It all depends on who you are during your journey to be better prepared.

The concept itself may sound monotonous without mentioning the interaction between characters. Many cards, opr The influence on our character, affects Also on the opponent. This means that the moment a card is played can determine the entire game. You have played a powerful creature? It would be really bad if the opponent doubled his attack and stamina. You are going to buy a weapon? I hope the rogue across the table doesn’t have an appetite for the contents of your purse. Even a weak card played at the right time can make a hero’s life easier Your rival won’t even make it to the final duel. Each character, of course, has his favorite moves (the warrior gathers armor, the vampire sucks life) and in this way we pin the whole thing with a buckle: everything has already been done somewhere. 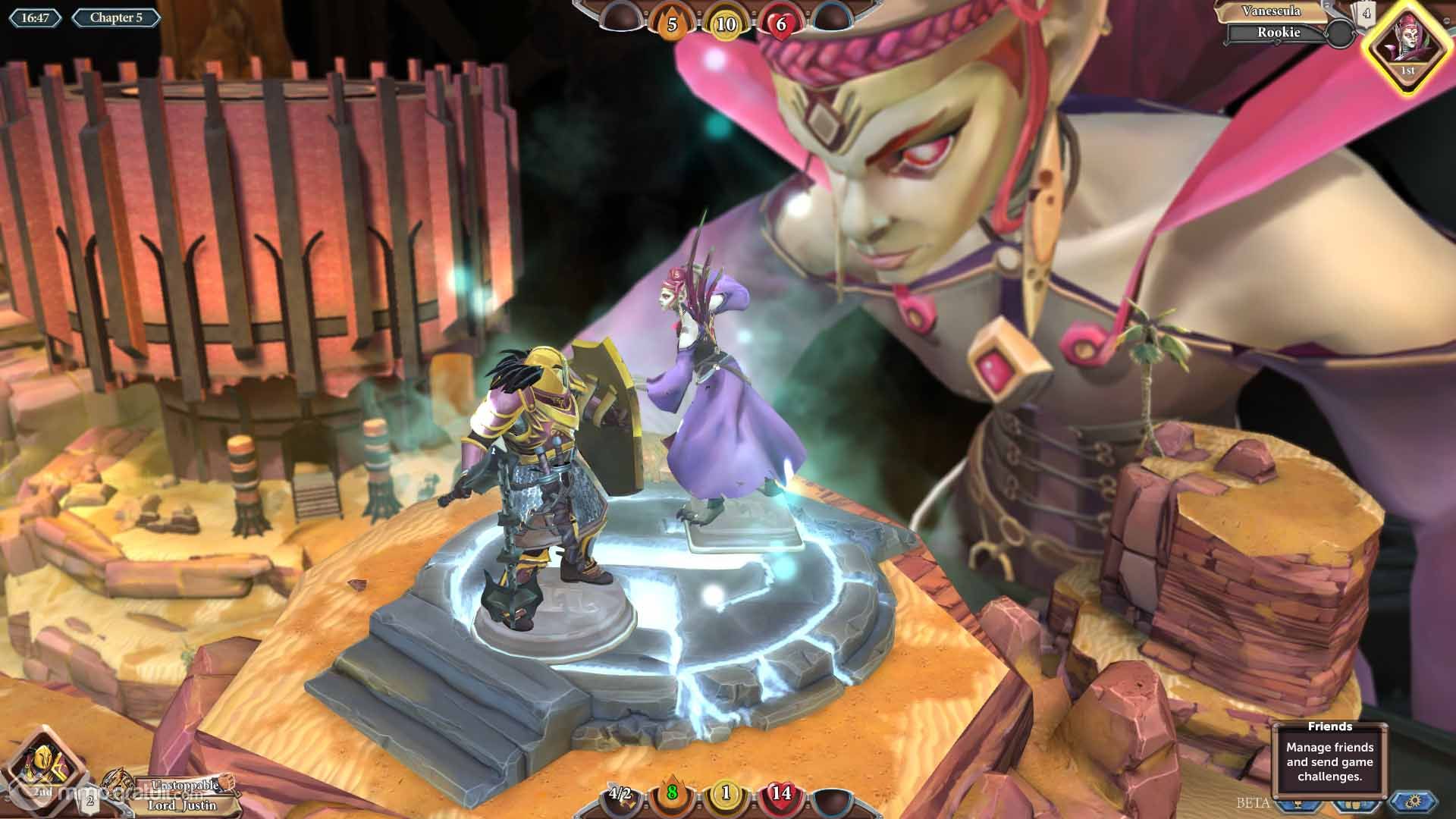 Chronicle: Runescape Legends offered me something that few games today can: a breath of fresh air. At first glance, the production of Jagex studio may indeed seem like another Blizzard imitator, but is there anything wrong with using proven schemes in, if you have something new to show at the same time? This game defends itself by presenting an original and interesting type of card gameplay. Devising and testing strategies for your favorite hero is all the more engrossing, because (as is the case with balanced mechanics) everything is governed by the rules of the game in "paper, stone, scissors", So there is no single effective way to win.

There is something for everyone: fights in the arena (here known as dungeon exploration The game is a very interesting one „Everyday”. The gameplay takes place on a nice, tr jdimensional boards. The characters m The player’s own voices, their interactions with played cards, and the way they The characters are also voiced and animated. All this makes everyone who likes the mechanics of the game sure to stay with it for longer.

Chronicle: Runescape Legends can be played for free on Steam. Whether you consider yourself a card veteran or have no idea what this type of game is all about – it’s worth getting acquainted with.