The day I unpacked the Command game & Conquer: Red Alert 2 from the brand new CD-Action was a really good day. From that moment I felt a complete lack of satisfaction, which I tried to satisfy with other productions of this type. The pinnacle of military might was calling me from afar, but each time I wandered, unable to find the right game. During my journey I often changed my approach, game genre or plan of action. While traveling on the borders of the Internet, I came across Desert Operations. Will this be the end of my quest? 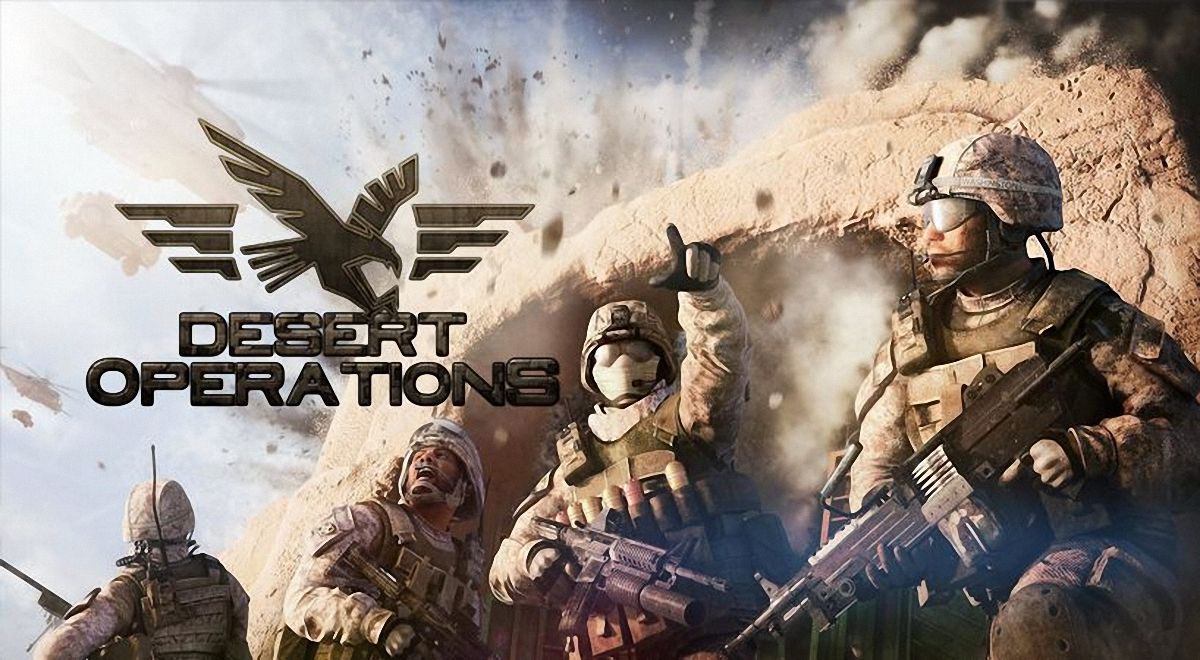 Desert Operations is a browser-based war game. It doesn’t require any additional software installation. Before creating an account, a map of the frontline appears. The presented groupings of units and plans for tactical movements are nothing more than a list of available servers. This clever approach changes the usual account registration into entering the combat zone. After selecting the item of interest we move to a newly created military base. We are greeted by a tutorial in the form of advice and instructions from Dr. Viktor Vector. The energetic character introduces a touch of humor, which strongly conflicts with the initial impression. Reading the following help messages I can’t get rid of the impression that there are translation errors creeping in from time to time. Both the producer and the publisher are of German origin, which could serve as an excuse, however the publisher promotes its productions on the website in Polish.

The tutorial goes very smoothly. Simple commands are supported by graphical prompts, making it difficult to get lost. The theme of the presented world is simple and the same for every new player. This solution certainly facilitated the work of the developers, but it can throw us into a routine every time we try to start building our empire again, but this time on a different front. Despite the limitations imposed by the format, the graphics are very clear and the buildings retain a lot of detail. A nice touch is the animation of construction work, which together with a small loading bar show the progress of workers.

Further hours of gameplay pass on completing missions. At the beginning they are designed to develop our economy, to later focus mainly on the military. Each mission looks similar. Short, but catchy text orders us to build a new building, or to expand the current one. For each success we are offered a reward, which quite often turned out to be a large packet of diamonds, but more on that later. Assumptions changed in the mission, but the way they were conveyed remained the same, so the quick reading of the commands was accompanied only by longer and longer waits. As the game is played in real time, the production of units or building becomes longer and longer with each passing hour. The combat system sums up both your combat power and your opponent’s, and after a momentary calculation gives you a chance to win. If we decide to start the game its result can be seen on a simple animation, which apart from annoyance does not introduce anything interesting.

Of course we have to mention the micropayments. The main currency of the game are diamonds, which open a number of new opportunities, but not only. As a beginner I was rewarded with the sum of one thousand diamonds. In case I wanted to give myself such a set of gems I would have to use at least one banknote with Casimir the Great, so I considered it quite an attractive gift. As it turned out this treatment was aimed at helping to perform one of my missions, which was buying the rank of general. Since at first I couldn’t find where to make such a transaction I started to look at other options of the game. Apart from the diamond trader, who a moment later appeared before my eyes, I found the core of the mission.

General’s title allows you to perform basic actions and getting and keeping it is the basis for the player’s development. Surprisingly, the assignment of such a title costs as much as 150 diamonds. Taking into account the number of missions I’ve done and the fact that the amount of diamonds I get decreases it may turn out that in the future I won’t get them at all, which will force me to use the micropayment. Hopefully this is just a mistake in my speculation and not a brutal trap for committed players.

Desert Operations is an interesting, well-developed production with a number of possibilities. As a free production it can be a great alternative. However, it is worth asking yourself whether the waiting that goes on forever and the routine of the tasks performed will not stop the players from building a military empire. I think you can answer this question for me.