The level of difficulty in games can manifest itself in many more forms than just level design and the size of the numbers next to the opponent’s stats. At one time, many games suffered from the problem of In terms of controls, unintelligent programming, or limited interface. Most of them were solved when the subsequent games came up with solutions that re were then duplicated over and over again. As a result, today’s productions in the genres are often almost identical to each other. Hegira learns another lesson from the past of computer games. Instead of mindlessly avoiding the pitfalls and distractions present in these g, this space strategy does not forget to take advantage of these elements in the old flaws, which They gave them a personal touch and supported the gameplay.

One of the first browser games were MUDs, about which I have mentioned in other articles on this site. MUDs had two things in common: they were often sandboxes and had no graphics. Instead of pictures There was text, and instead of a button in the commands to enter. I don’t usually miss those times, although there are some situations in games where this archaic system had more atmosphere than the usual controls. Post-apocalyptic games are a good example of this. 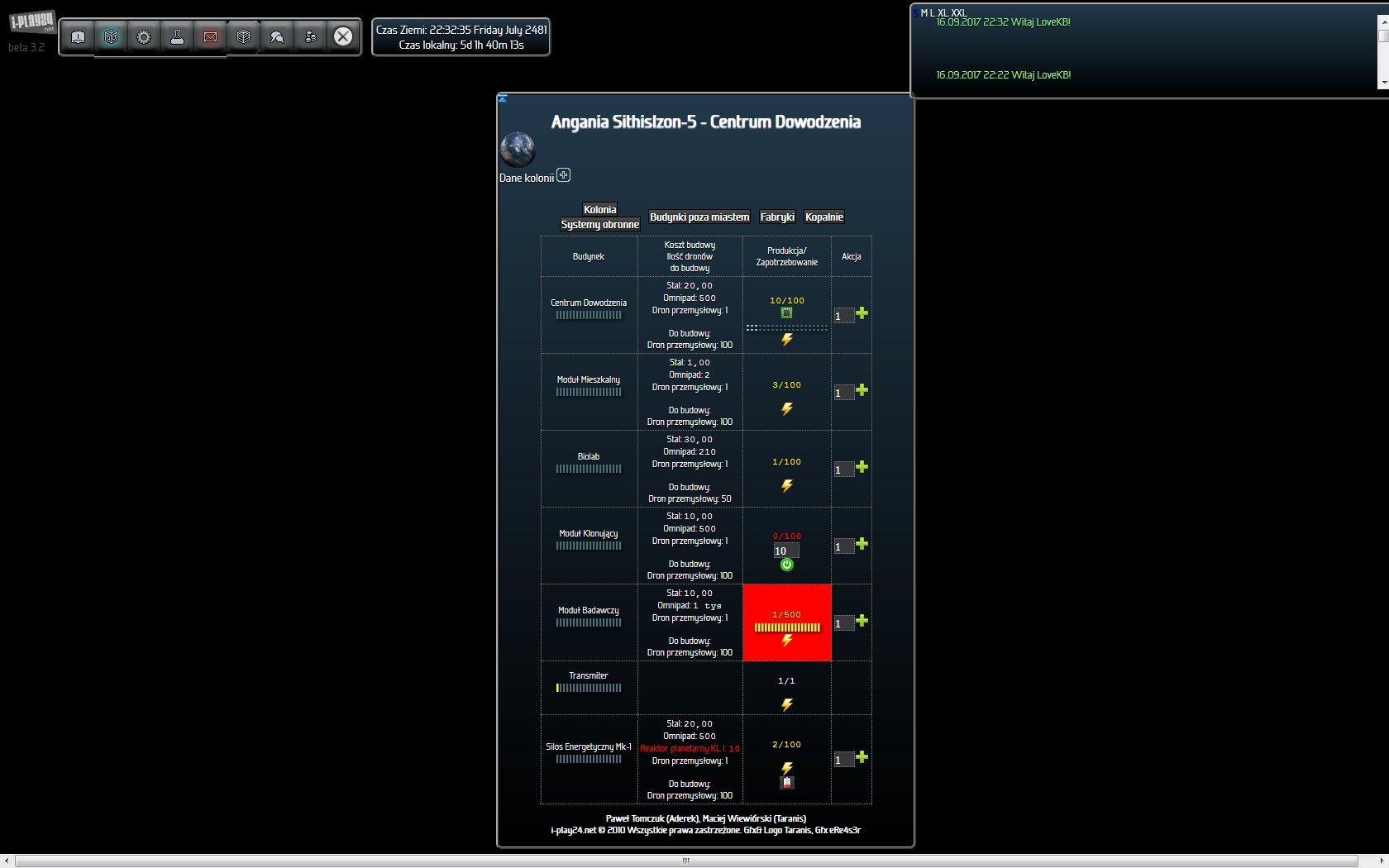 Hegira begins with a story introduction. We wake up from a jar on some ship, which ry turns out to be a colonization ship. It lands on the planet and turns into the command center of its first city-state. The computer woke us from our cryogenic slumber to have someone manage this little shit.

Right after this introduction we see a very sparse gameplay interface. There is a list of buildings , there are tabs and a few buttons in to other windows. There’s really not much to it at first. Seeing it for the first time, I was so shocked that I started to look around for the numbering of the game version. Without my surprise it’s actually in beta, so you can take this review with a bit of skepticism. Many things can be changed.

The game is set in a post apocalyptic science fiction. Fact, we’re on a colony ship and we’re supported by advanced AI. Despite the humanity, something didn’t work out. We do not remember and do not have a record in why we were sent here, and our heads The main goal is to find a way back to earth. The naked but clear interface evokes a certain nastr j situation in which the area we find ourselves in is no worse than many graphically enhanced role-playing games. It is as lonely as we are.

This naked interface is Also a good preview of the gameplay that awaits us in Hegira. In the odr Unlike many browser strategy games even in the same genre, here nothing happens by itself. Hegira will require us to be deliberate, plan ahead, and have a good memory and orientation. The strategic gameplay becomes demanding right from the start, even though we only have one planet on our minds. 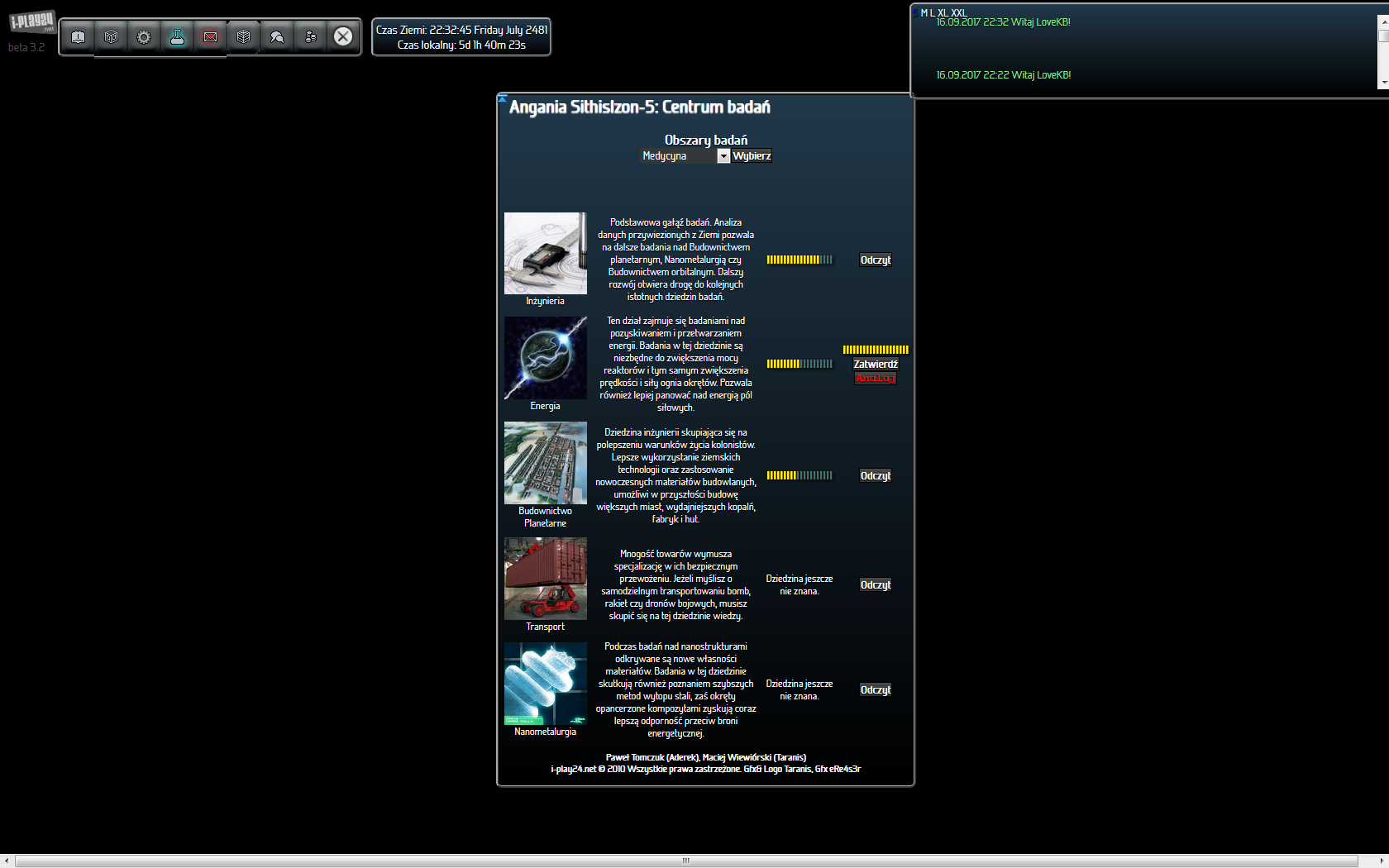 For example, the power in Hegira is produced in an energy silo. Almost all outposts The buildings and structures require it in order to function. But we have to recharge it ourselves. If we have enough deuterium we can replenish the power plant by pressing the battery button. If we forget or do not log in for too long, the production on the planet will stop.

The same is true about the raw materials. Hegira has one element, which hat fans of good strategy love, but rarely see: resource chains. Let’s say we want to upgrade our energy silo. The basic raw materials are mined. These fortunately are self-sustaining, you just have to give them energy. However, we need a planetary reactor to expand. In order to create it, we first have to build a factory. Then we clone ourselves and program the m zgi clone for engineering work. Only then can we send them to the factory to convert the mine raw materials into the needed resource b to expand.

If this is not already clear enough, Hegira is not a game for the soft-hearted. This is a real strategy, not a clicker or a time manager, which There are so many of them that you can find on the market of browser games. Hegira relies on our strategic and adaptive abilities: everything looks poor at the beginning, but with the development of new sciences, the construction of constructions and the exploration of planets and star-spaces new possibilities appear.

Hegira is not just a game about creating a space clone civilization. There are a number of smaller systems in which It also supports the larger ones, such as the ability to study the flora and fauna of our planets in order to acquire new resources. I also heard about political systems, like introducing bills. I must confess to one sin at this point: I didn’t get very far in Hegira. It is very possible that the game is simply too difficult for me. 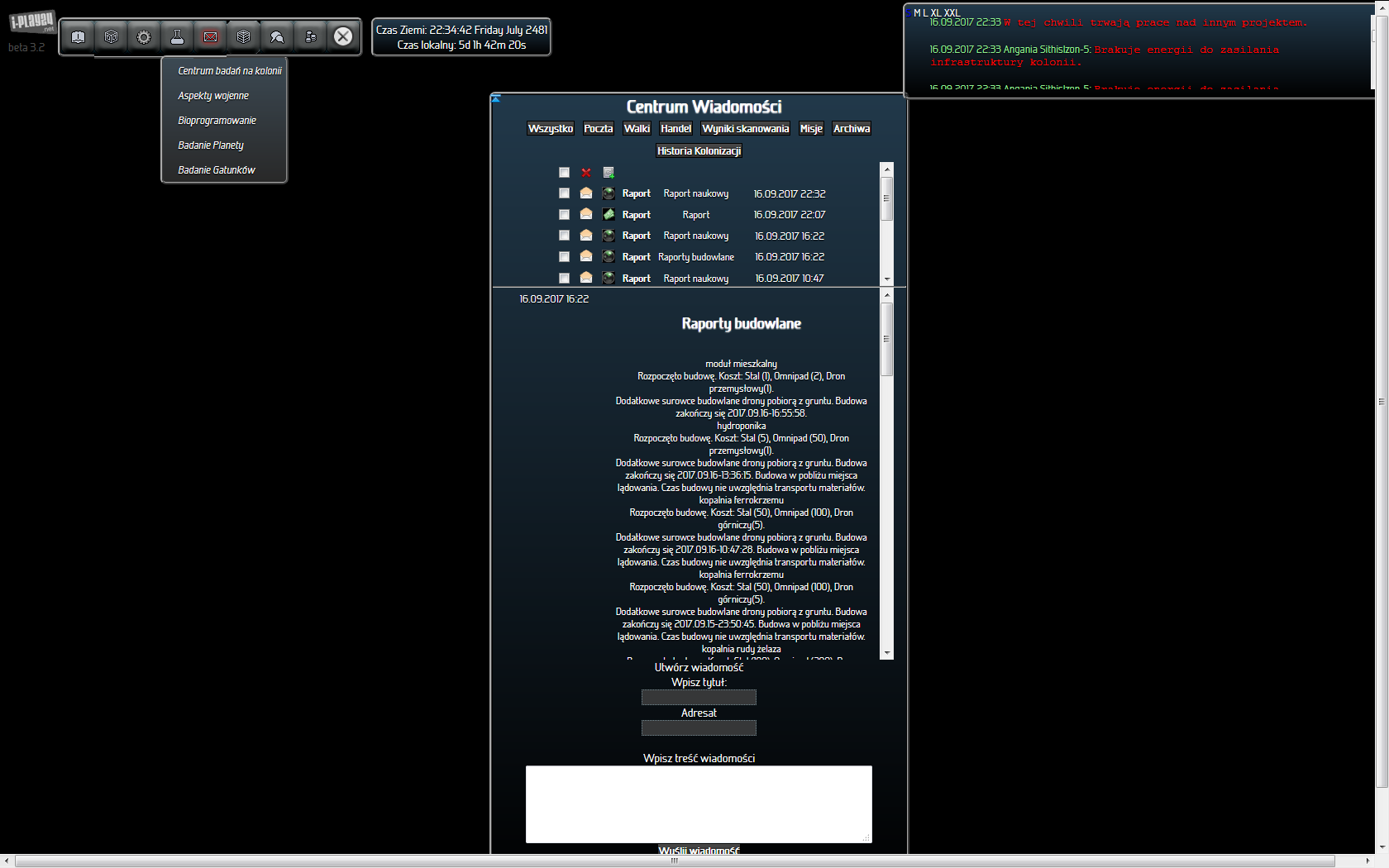 Combat functions exist, of course. Ship production is no simpler than the rest of the options in the game, and because of the lack of easy-to-see technology trees, we have to recycle these technologies, which re we came across through our curiosity. This adds a lot of uniqueness to the players and conflicts between them, when one simply became interested in a different branch of technology from the other.

M nesses of the overall system in Hegira, I’m ready to recommend it to people looking for an actual, solid and not easy game. This is not a browser strategy for filling your spare time with interactive stimulant. It’s a pure gameplay product. Quite rough on the surface and initially overwhelming. However, over time, when everything becomes clear to us, the whole thing turns into a very engaging strategy.