Text-based role play. Play by forum. In other words, cooperative book writing. In this case, I will present you the Herbia platformer dedicated to this purpose. It is one of the oldest projects in this type, which will be very easy to see from it. We have before us a huge and described world, a conventional system of reason, a dedicated game master in and unlimited range of possibilities. Let’s take a closer look.

Every two pi ra, it’s not one

As a PBF RPG, Herbia will have no graphics or sound design. M e want to play only and exclusively, but also as a text game. This means that there are no physical or technical limitations to the game. It requires patience and a willingness to read. It might seem like a pretty big ask, but contrary to stereotypes, book sales are increasing year after year, even though audiobooks can make up a large portion of that market.

To take part in the game all you have to do is create your own account on the game’s website. There will be a small wait time included, up to one day. In fear of bots we have to wait for manual activation by the forum administrator. Therefore, I recommend you don’t think long. Of course, we do not have to wait idly. See d department In the forum you will find many comprehensive guides about the rules of proper writing, description in the world with important information and a tutorial for character creation.

Making our hero is the first step in the game, and it’s something we can take care of quietly before activating our account. The associated sections (or indeed any other sections) are not hidden. You will have to send your character made according to the template to one of the masters in the game for tweaks and balances, and then summarize and post a public version for everyone to see. This made our character somewhat private, which made the gameplay a bit more interesting. 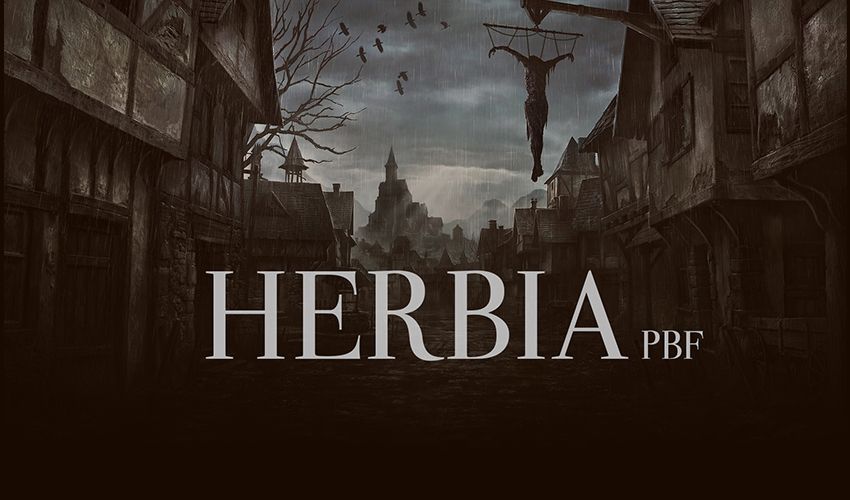 The gameplay mechanics themselves are largely conventional. Game masters, responsible for describing NPCs and their reactions, a The world around the players and the effect in their interaction with him, make their decisions on common sense. They are helped by our numerical statistics according to the scales described. You can’t just become a game master, so we have some guarantee that those leading our adventures will have a good sense of proper success and failures. I personally prefer a certain amount of dice, which hich are much easier to predict. There were once plans to introduce the equivalent of fudge on the forums, but as far as I know, nothing has blossomed from that. However, it is a A difference of preference, not effectiveness.

I can also commend the system and the handlers for a lot of inflection. Many for in which The majority of the games I have played have had a problem with the so-called stick in the you know where. Herbia’s administration is, or at least seems after my inspection, very open to creating interesting characters and stories. If there are needs, allow you to exchange points at character creation for The other counterparts. And if we asked the master, he might even agree to roll the dice once or twice, instead of deciding on his sense of. Why not, after all we are all here to have fun. This is what Herbia is for, and she is well aware of it.

The world of Herbia is another reinterpretation of the and stereotype in fantasy, giving them their own unique tone. It is a standard that The majority of the creatures I’ve played in Herbia in this genre. The breadth and meticulousness of the elaborations deserve applause. I don’t care if it’s due to passion or just the age of Herbia, kt The race has had many years to accumulate its material. I am interested in the works themselves, and I admit that if the world of Herbii came out in book form, I would m I would be interested in.

In Herbii we will meet the basic races of fantasy: Humans, Elves, Dwarves, Goblins, Gnomes, Lowlanders, Orcs and everything in between. Many of the races have their own regional variations, which I really like.

The original role of race in fantasy is to introduce cultural and social variations in a more simplified, exaggerated way b, thanks to which are very easy to spot and understand at first glance. If you have ever played heroes of might and magic and wondered why all the people are from the same faction with the same castle design, this is why. Making factions of people from another region would be It enriches the culture of the universe and adds a certain social value to it than adding such a lizardfolk fortress. Herbia, thanks to its textual nature, loses nothing by adding four elven varieties to its universe in, for each unique corner of the world. This enriches the culture of the universe and adds a certain social sp I prefer a certain amount of dice, which races and locations. In this way b stereotypes evolve into elements that hich create a unique atmosphere. This little bit of dedication separates games like Herbia from the less thought out entries in the PBF genre. For interested players, of course, there is the possibility to create their own races, or even unusual characters such as demons or variations of undead. They are, however, usually reserved for those b, kt re already played a bit and got familiar with the forum. If every individual was strange, then nothing would be strange. 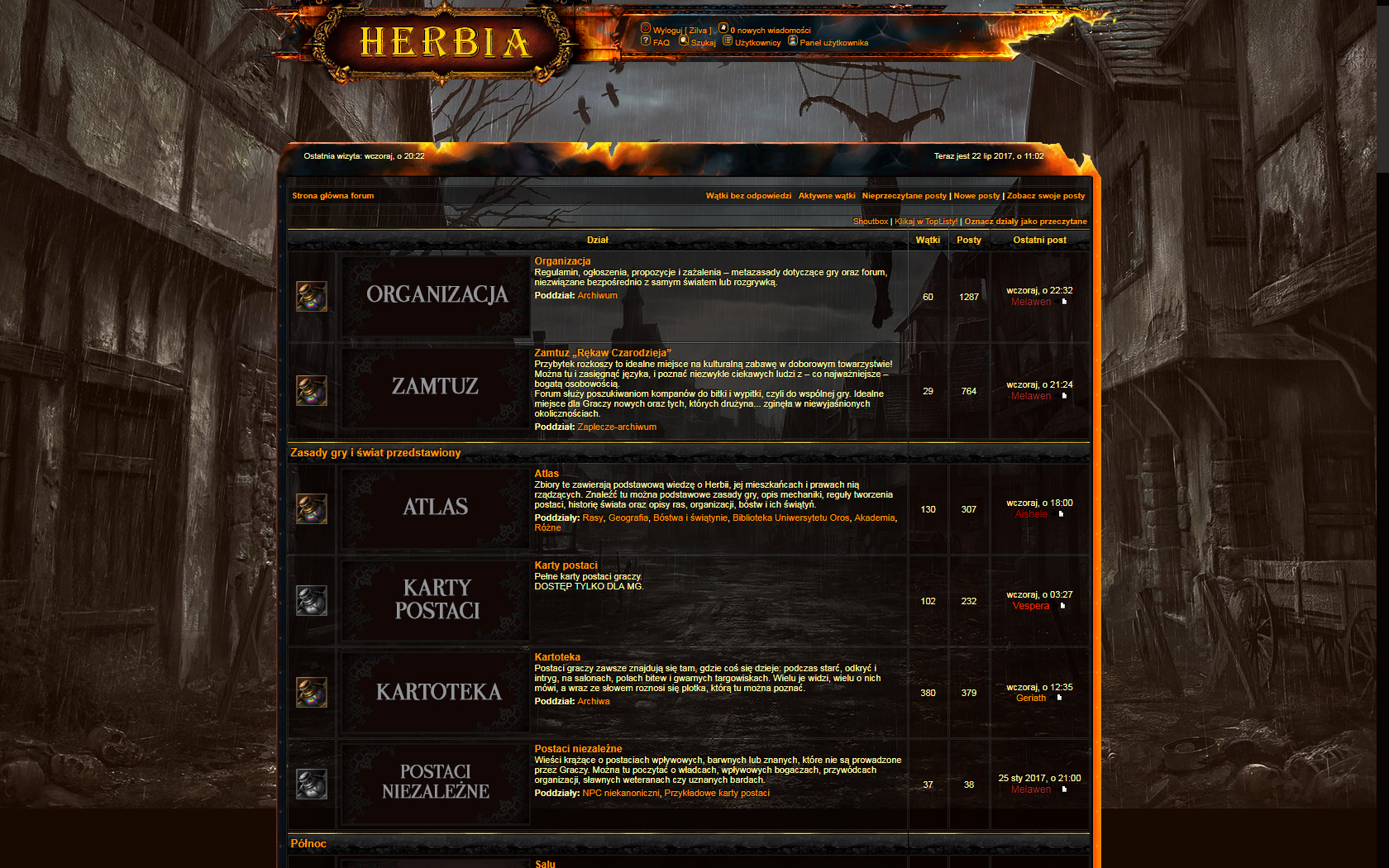 The world of Herbia is laid out on a fairly large map, although it is not approved as final. Unknown lands and islands can be further explored by players. I won’t go into summarizing the characteristics of all the locations. Extensive section “Atlas” the game forum is full of descriptions in, which I have to praise Herbia in this regard. Of course, such a study is not essential. Our character does not need to be familiar with geography or world history. Ba, we can, after all, play a character who ra can’t even read. So if anyone isn’t interested in delving into Herbia’s imagery, there are several forums ‘pills’ I’ve been playing a lot of games that had a big problem with so called “stick in the knowledge where”.

I must praise Herbia in this respect. The forum is very well organized. Topics are not scattered, but sorted. it can be difficult. At the same time those responsible for the topics mostly make sure to link everything that is relevant to the topics. I’m sure you won’t get lost, so you’ll do great, even if you have no experience with this type of game.

Finally, I would like to point out that Herbia is a PBF RPG. Nothing is automated, and everything is in the hands of people, who Those who play with this toy. Therefore, the quality of your time spent on Herbii will be Depending on your character and who you meet there.

I judge Herbia only as a platform. Its framework, layout, readability and content. In each of these respects I enjoyed browsing the forums and reading the adventures. I will not judge or criticize people. Those who I’ve seen them so far, they don’t have any obvious flaws. However, players leave and come, so this evaluation is technically useless. When you go to a PBF forum like Herbia, you have to want to have fun and be open to what can take place in such a game. From experience I can only promise you that once you understand what role play is all about, you can always have a good time. 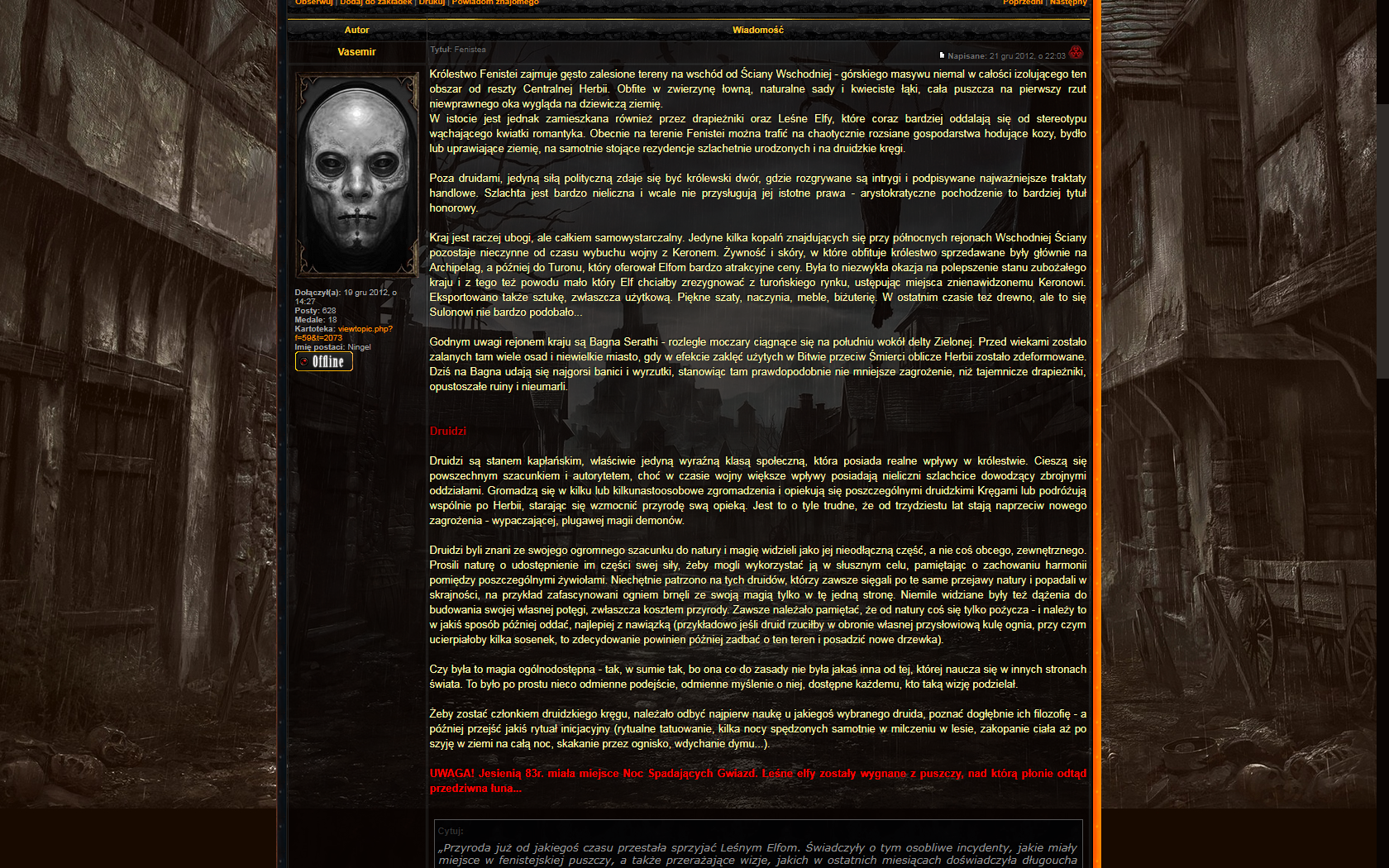 I have to summarize Herbia as a success. It is a storyteller, but with a lot of stats and in, which The topics are not scattered, they are sorted. The game has a huge, described world, kt The themes are not scattered but sorted j. The forum is very well laid out and looks great too. I recommend the game to zar Both for hardcore gamers, who I’m always tempted to go through the tutorials if you’re looking for your next career stop, or if you’re just a beginner looking to get started Those who do not know what it has to do with. It is rather easy for everyone to find a place for themselves.