Before starting the review I would like to remind you that the following text is about the game in beta testing. So you should read it with a grain of salt, expecting changes and expansions that with luck will improve the current framework of the game. The game is solid but pointless and a bit chaotic, which in comparison with recently reviewed Elvenar seems to have its shortcomings.

Hot Candy Land is already well characterized by its style in both writing and graphics. In the tutorial we are compared to Larry from the Leisure Suit series by Al Lowe and his studio Sierra On-Line. Also, our default avatar shares many traits with the original computer pick-up. The gameplay is a bit different.

This one is also more reminiscent of the old title Wet: The Sexy Empire. We start the game as a gigolo, to then enter the film industry. After performing several pornographic works we become Pimp, renting or stealing girls from other players and buying our own brothel. If we still do not have enough, we can start a gang or join an existing one to compete with other players. In this respect Hot Candy Land managed to cover the niche of every porn industry I can think of. Unfortunately the execution itself is not the best. It’s all about clicking on pictures to get points, which you compare with others to get money or win in a competition. The developers tried to add many peculiar mini-games but they are quite trivial. For example, to get a new actress we have to first impress her in the bar, and then make a proposal. Impressing consists of spamming one of three lines of dialogue depending on the character of the lady you meet and throwing gifts at her if she calls us one. This type of game can hardly be called interactive.

Without work there are no movers 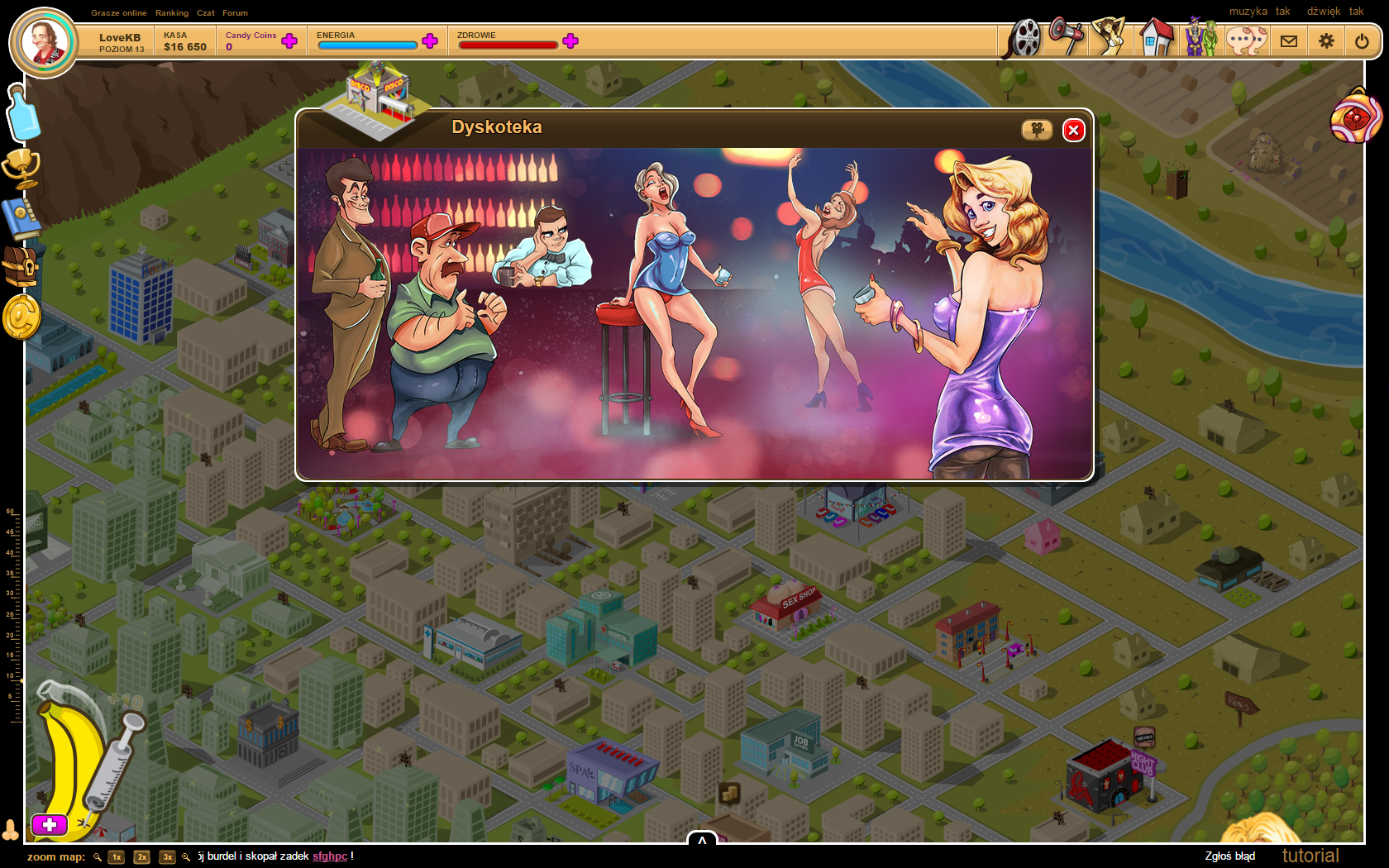 Both energy and excitement regenerate really fast. You could look at the game every half hour or even more often, and it would still have something for us to do and something to push. Since this is how we earn money and develop the character the game can seem quite overwhelming. The waiting time that is so common in browser games is the reason why these games are such a good activity when we are busy. Hot Candy Land does not fall into this category, which may be a nice breath of fresh air, but ultimately goes the other way. If we don’t look into the game as often as possible, we will clearly be left behind. This is important because the sole purpose of the game is to compete with the rest of the players in each of the simulated factions of the porn industry. The game offers nothing in terms of PvE and does not impress during self-development.

At the beginning I mentioned the text in the game: it’s actually quite good. The game approaches pornography from a comedic perspective, not a pornographic one. This serves it quite well, as it makes it more interesting. After all, you don’t look for porn in the games section. The text is accompanied by graphics, for the most part well done although at times it looks a bit more amateurish. Differences in style can be noticeable, but they are never too pronounced. If I wasn’t sensitive to visuals, I wouldn’t pay much attention to it. The problem is also the beautiful-looking Pornwood map that serves as the menu. It is quite impractical and easy to get lost in it.