Welcome to the next installment of the series "Quick, nice and casual". Amateur in speed dating, facebook exhibitionism and chat If you need to confirm your age at the beginning, please leave the room. Thank you. If you are among those There are also those who hate classic fantasy, knightly ethos or people with some strange (for me incomprehensible) reasons n resenting the reali in the infamous dark ages – also goodbye. The rest of you please put away your shields and sit quietly, so that your breastplates don’t make too much noise.

Not only a classic

Today’s meeting is sponsored by Knights – a title with a name as sonorous as it is obvious. However, it would be a mistake to be too impressed by appearances, because in the game we can take on many more characters, and quite unusual – opr If we want to get a taste of the classics of the genre, we can choose for example the blacksmith class, zab as a Knight or Guardsman. With races The game is also interesting: the standard elves and orcs are accompanied by a few other characters …dragons and lizardmen… 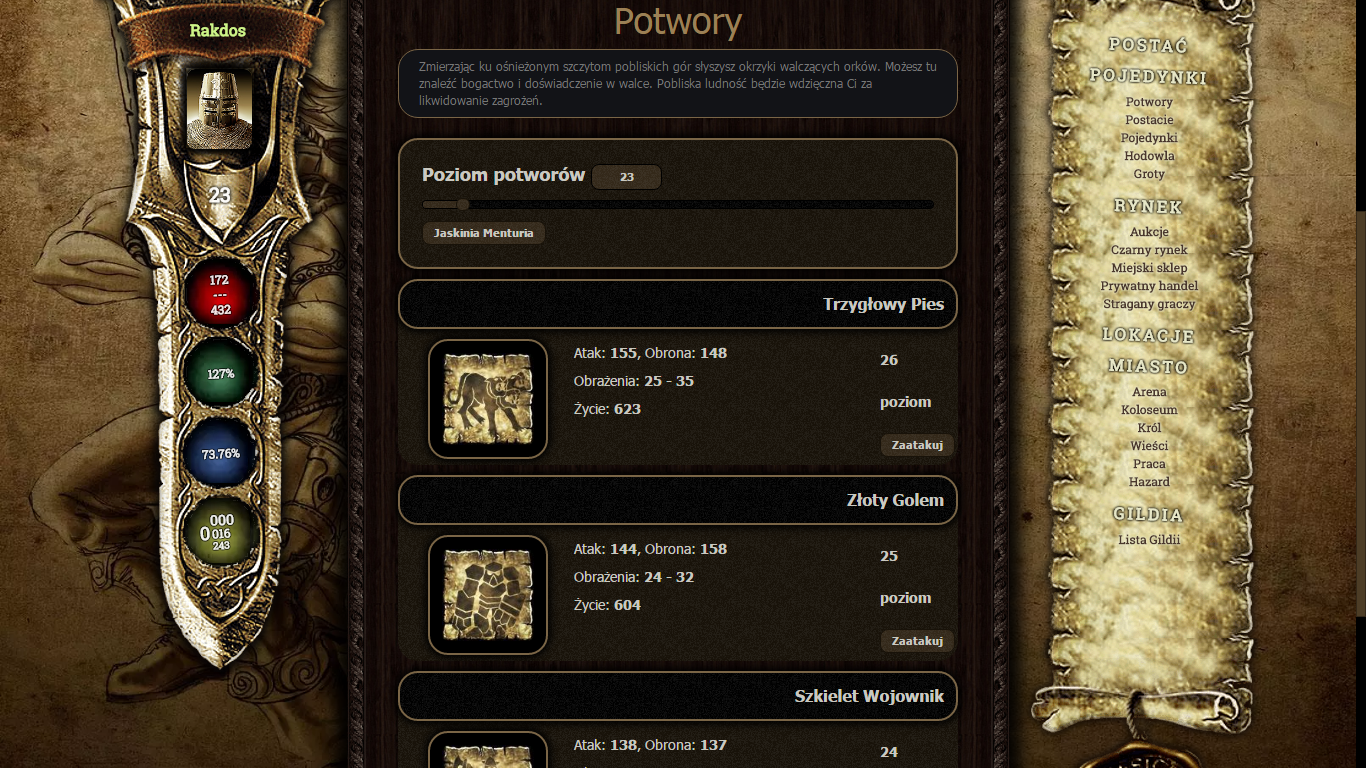 choose race and class is of fundamental importance for further gameplay, thanks to stat system. Each race has different percentage conversion rates for the five basic traits: strength, endurance, dexterity, agility and luck. This means that p The dragon will receive more power than the zab jca after assigning the same number of points in AP received after each promotion to a higher level. Just like the races, the classes have their own strengths and weaknesses. If you add to this the fact that any combination of race and class is possible, as well as special abilities that further emphasize the uniqueness of the chosen "strategy" characters, we will get a real treat for amateur in planning the development of your hero. Even with a calculator.

There is a lot to kill

What’s next? Of course we’re fighting. For starters, it’s good to get to know a few (several)? Several dozen?), the innocent boars, wolves, tigers, or the more atmospheric vivvers and beholders. Bestiary is almost unlimited, so on each level you will find a valuable opponent. If we want to get an interesting prize, we can face a boss. When we get bored with potwork in, the way to the arena is open. There are other players waiting there, who e have meticulously prepared for the clashes and they will undoubtedly be a much greater challenge for us. 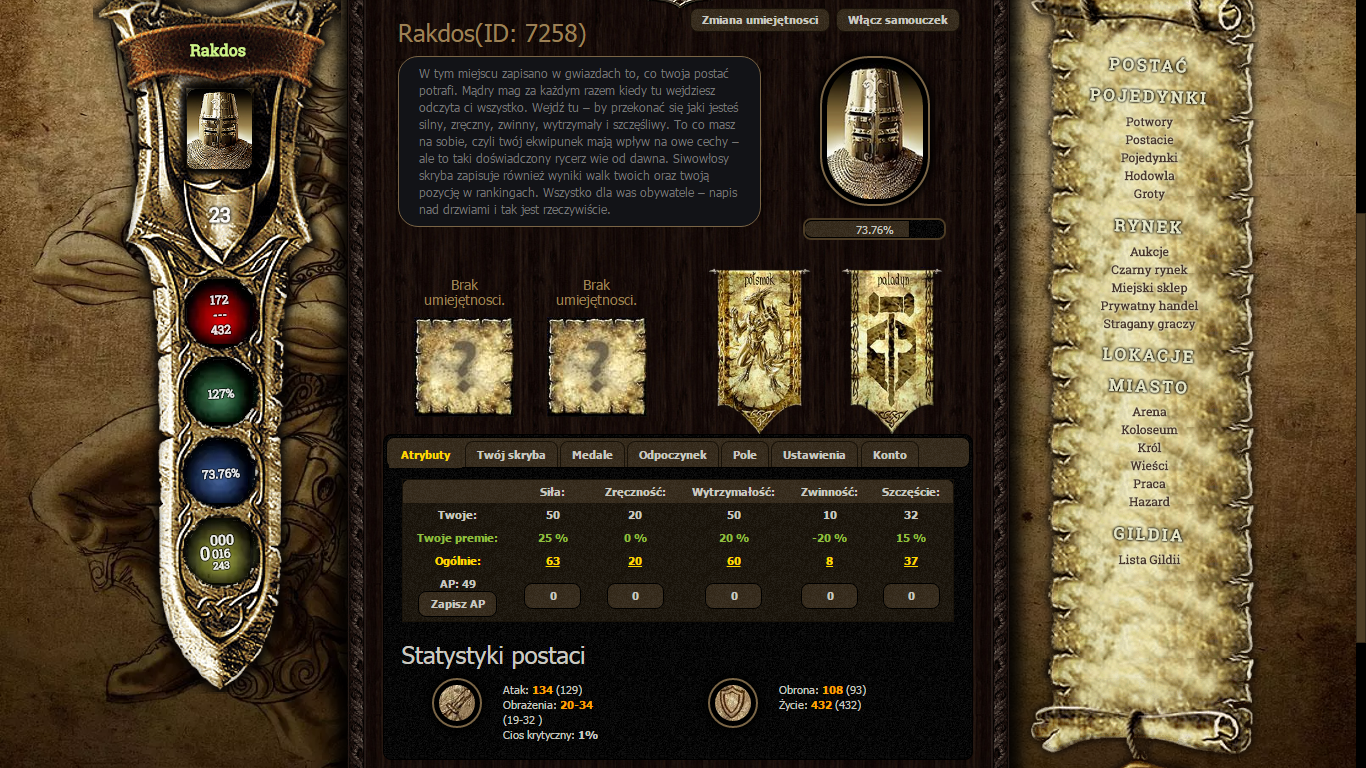 In this world full of dangers we are not alone – It only takes a few clicks to breed a faithful hideaway. If we have a pet, we can bark at other people’s pets to help The better we train him, the more bonuses we will receive ourselves in battle. The better we train him, the bigger bonuses we’ll get in the fight. If you feel up to it and have enough gold, you can go to the caves, where great loot awaits (if you survive).

But the world of Knights is not only about duels, but There are also many other interesting interactions. If we feel like it, we can hang the armor on the rack and look for a job. Earned money and resources we circulate in the stores, at other players’ stalls, or even by gambling. The tavern is a place where you can talk with your guild mates over a mug of beer, planning the next expedition or discussing politics (from time to time one of the players is elected as a king of the guild) The road to the arena is wide open. about the price of admission to the coliseum or organize events). And if we get bored with the urban landscape, we can always change our surroundings by going on a trip to a holy land or abandoned ruins. 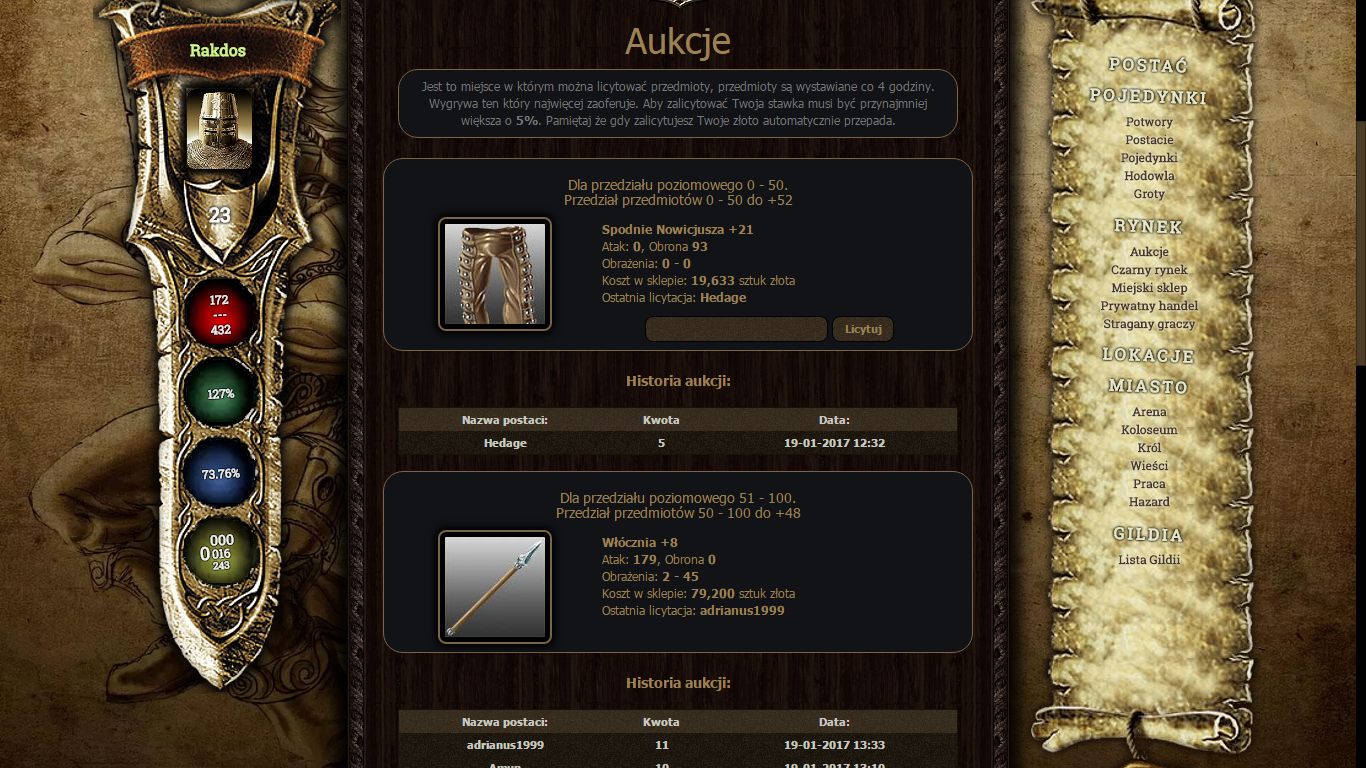 Knights is a light, enjoyable title that The story of the game is based on many popular series. Fan in medieval duels e invite you to the arena, and tw e support the game in its continuous development and improvement.